Poland’s rich history and tradition will take you to unimaginable journey from ancient times to rich medieval times all the way to modern history.

Captivating cities meet picturesque, postcard-perfect landscapes in Poland. Sandwiched between Germany, Ukraine and Belarus in central Europe, the country’s thousand-year history has been heavily influenced by its diverse neighbours. Urban hangouts are flooded with buzzing markets, traditional restaurants and more authentic vodka bars than you could shake a shot glass at.

Poland has long been a nation steeped in tradition and history, although the past twenty years have witnessed such dizzying economic development that the country is starting to feel more and more like the West. Still, beneath the gleaming surface lies a culture firmly rooted in Eastern hospitality and community values, and fascinating reminders of the turbulent past are everywhere. Poland is also a land of considerable natural beauty, whose idyllic lakes, beaches and mountains provide a nice contrast to the cultural rigours of the cities.

Warsaw, the capital, conforms to stereotypes of Eastern European greyness, but it does boast an historic centre, beautiful parks and vibrant nightlife. Kraków, the ancient royal capital in the south, is the real crowd-puller, rivalling the elegance of Prague and Vienna, while Gdańsk on the Baltic Sea offers an insight into Poland’s dynamic politics as well as the golden beaches at the nearby resort of Sopot.

Poland’s rich history and tradition will take you to unimaginable journey from ancient times to rich medieval times all the way to modern history.

So Poland really does have it all, beautiful coastal beaches and sand dunes, glacier-carved lake districts, lowlands as flat as a pancake, splendid forests, old and new mountains (including the only table-like mountains in Europe!), even a desert. 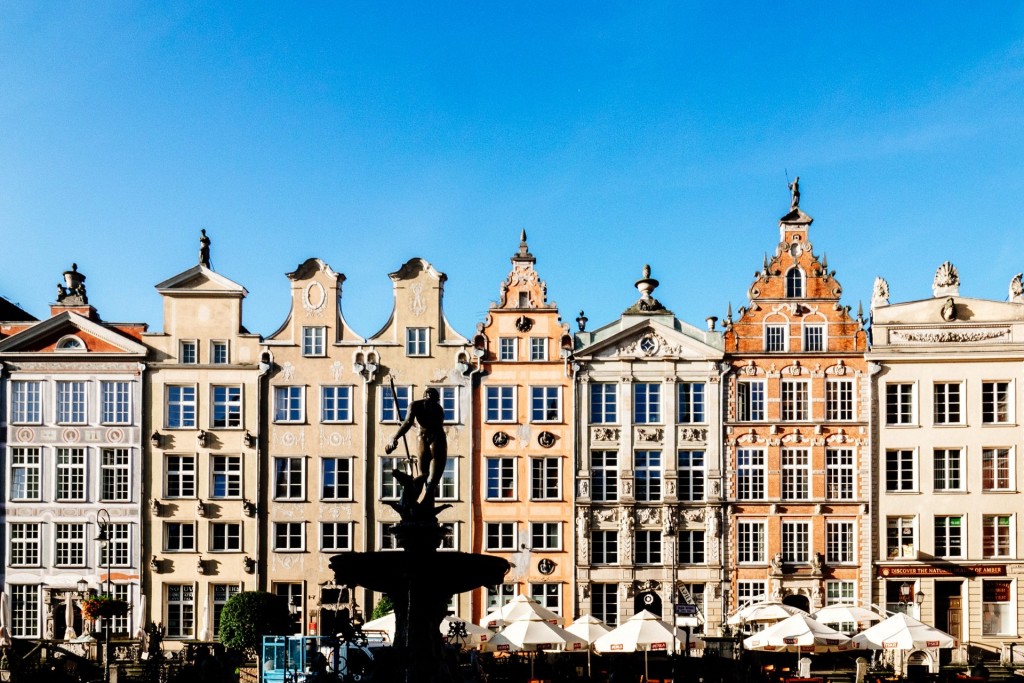 The climate of Poland is maritime and sometimes continental determined by the geographical location. The average monthly temperature in July is 19 degrees Celsius (66° Fahrenheit), but sometimes in the summer the temperatures rises to 30 degrees Celsius (86° Fahrenheit). Summer is the best time to visit Poland. Winters are usually very cold, but can be mild some years. The temperature is usually below 0 and sometimes goes till -20 °C (-4° Fahrenheit). In the mountains the snow lies till April or some years even May.

Our current offers in Poland

The hotel is set in a thirteenth-century building, offering completely renovated apartments with preserved historical features. The iconic Old Market and central square are only a stone’s throw away.