Tucked away between storybook hills, Salzburg looks like it’s been lifted from the pages of a fairytale. Winter’s a time when it really sparkles, as snow-capped mountains bring that chocolate-box magic, while frost-dusted bell towers and medieval palaces set the scene for sightseeing. And its famous residents – from Mozart to the Von Trapps – make this well-dressed Austrian beauty a showstopper.

Close to the border between Austria and Germany, Salzburg is a baroque masterpiece surrounded by stunning alpine scenery. It’s divided into two halves – one old, the other new – by the Salzach River, and overlooked by the hillside Hohensalzburg Fortress. You can visit this centuries-old castle either on foot or by funicular, to explore the medieval chambers and museum that displays objects from the era of the prince-archbishops.

Salzburg is also where The Sound of Music was filmed. The Von Trapp family immortalised in the world-famous musical did actually exist, and you can learn all about their lives and the making of the film on the Sound of Music guided tour. Major locations seen in the film include Hellbrunn Palace and Mirabell Palace and Gardens, where classical music concerts are held.

But this UNESCO-listed city has always been alive with the sound of music. As the birthplace of Mozart, whose legacy is preserved by an elegant statue and museum displaying many of his childhood instruments, Salzburg has hosted grand classical music concerts for over 200 years. The best time to catch one is during summer at Salzburg Festival, when the world’s greatest tenors and conductors gather to perform.

Close to Mozart’s birthplace is Getreidegasse, a charming shopping street where wrought-iron signs still hang above shops to highlight what they sell.

Take time to explore beyond the city, venture out to Salzburger, the surrounding region known for its breath taking landscapes.

Beyond Salzburg’s two biggest money-spinners – Mozart and The Sound of Music – hides a city with a burgeoning arts scene, wonderful food, manicured parks, quiet side streets where classical music wafts from open windows, and concert halls that uphold musical tradition 365 days a year. Everywhere you go, the scenery, the skyline, the music and the history send your spirits soaring high.

Curling around the Salzach River, Salzburg is easily one of the most beautiful cities in Europe. The skyline is dominated by the Hohensalzburg fortress, which perches imperiously above the city. It is a city of culture, architecture, and stunning vistas. A climb to the Hohensalzburg Fortress is an absolute must for any visitor to the city. The views of the city and the Alps are breath taking.

Here are a couple of other ‘must dos’ whilst in Salzburg; take a salt mine tour or visit the the biggest ice caves in the world just outside Salzburg.

However you spend you time in Salzburg you will not be disappointed. 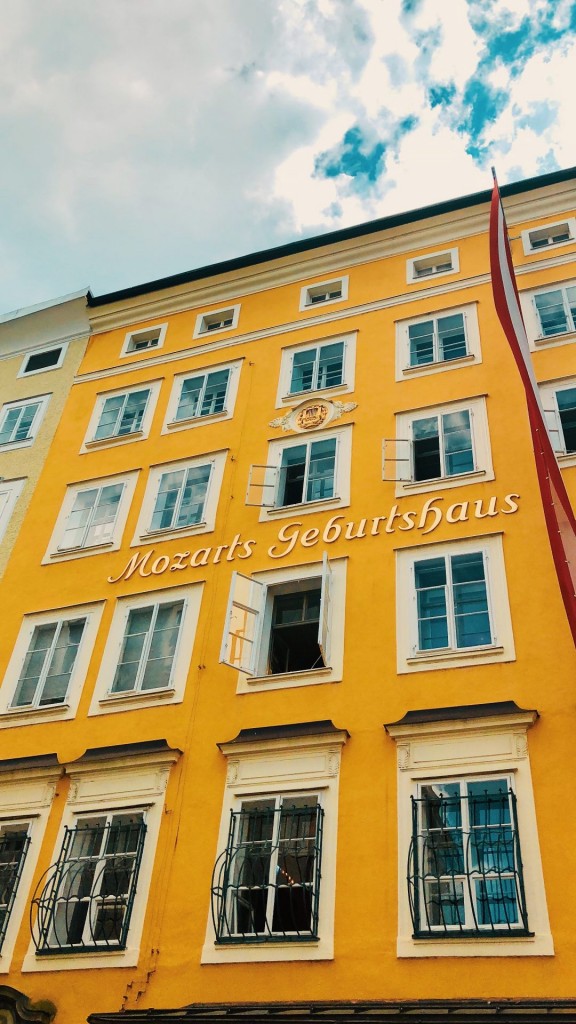 Our current offers in Salzburg

Centrally located in the beautiful and historical city of Salzburg, with diverse options right at your doorstep. Relax on the private terrace with views over the Salzburg mountains and feel the pulse of this town of Mozart.

The restaurant on the 15th floor provides views over the entire city and the surrounding area. A large breakfast buffet is available every morning at Austria Trend Hotel Europa Salzburg.